How Does China Look Like During The ‘Golden Week’?

So, what exactly is the ‘Golden Week’ in China?

‘Golden Week’ (黄金周) is the annual 7-days holiday from the 1st of October to the 7th of October. It starts off with the Chinese National Day celebration on October 1st-3rd, then the Mid-Autumn Festival on the 4th of October, and deferred holidays from the 5th-6th, then advanced holiday on the 8th and 9th. (That’s quite some holiday huh…)

Millions in China would grab the opportunity to travel around. Attraction sites would be filled with a sea of people. Expressways, train services and flights would be crowded beyond imagination.

Here is pretty much how China looks like during the golden week: 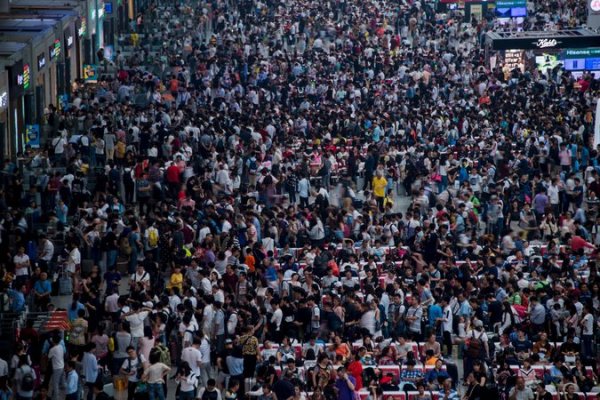 This is the main Hong Qiao Train Station in Shanghai during the ‘Golden Week’… (nope, nope, NOPE!) This is how the entrance of the Forbidden City in Beijing looks like during the ‘Golden Week’, almost every year. Would you queue that long?

The Hangzhou West Lake crowded with locals and tourists alike.

According to the CNTA, a whole week of ‘Golden Week’ would leave China with travel-related spendings of nearly 600 billion Chinese yuan! That is quite a hefty amount!

China’s ‘Golden Week” also boosts global tourism, especially in neighbouring countries like Japan, Thailand, and Singapore. Based on a report from a Chinese travel service website, it is estimated that more than 6 million Chinese people will travel overseas to 88 countries and regions all over the world.

Would you like to travel to China during this ‘Golden Week’ to experience the celebratory vibe first-hand? Let us know in the comment section below!

Be sure to also check out our cheap data roaming package at Flexiroam X before traveling in China to avoid China’s Internet censorships and bans in China (read here on their recent Whatsapp ban). Save yourself the hassle!

Basic Turkish Food Guide: Top 6 Dishes that are a Must-Try for Tourists