Starbucks recently opened its biggest store in the world in Shanghai, spanning 30,000-square-feet. You wouldn’t want to miss it on your next trip to Shanghai! 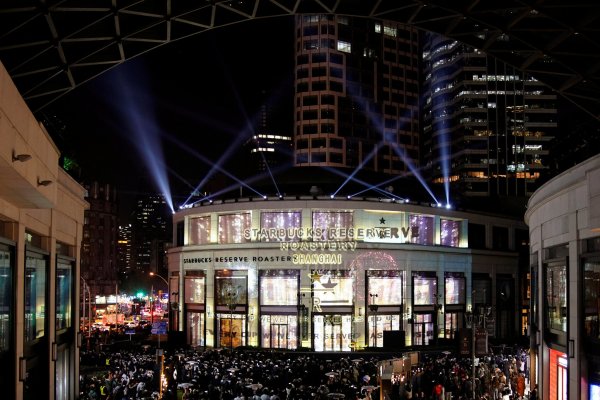 The Seattle-based coffee retailer opened its largest store in the world in Shanghai on Tuesday. This is part of their aggressive expansion in China – opening a new Starbucks store every 15 hours on average, as reported by CNN.

The global coffee chain has seen a decrease in sales this year. EXCEPT in China.

China has become Starbucks’ fastest growing market. Their sales there went up by 8% since last year the same quarter, noted by CNN.

The Chinese are traditionally inclined towards tea than coffee, as compared to Americans. However, the country’s millennials especially, still view Starbucks as an aspirational, attractive brand.

Starbucks has become like a sort of status symbol amongst the middle class in China, used to demonstrate sophistication and luxury. 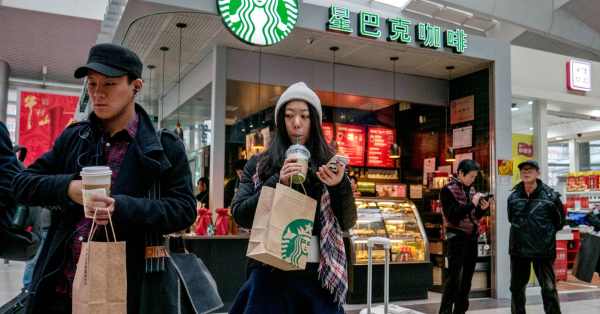 The company plays to that perception with its new Shanghai store. As John Gordon, a restaurant analyst at Pacific Management Consulting, says:

“This is a show store. The point is to be in a highly, highly visible, touristy [area] where there’s foot traffic, offices and urban housing in order to promote the brand.”

Starbucks Reserve Roastery designed to give a more ‘immersive’ experience

This is the first of Starbucks’ new retail offering outside of the U.S., and it does much more than simply serve coffee.

According to CNN, the first of such roastery was opened in Seattle in 2014 and was about only HALF its size.

If you’re a coffee lover and you’re looking for a more “immersive” experience, be sure to visit this massive Starbucks Reserve Roastery in Shanghai, as it is designed particularly for that. 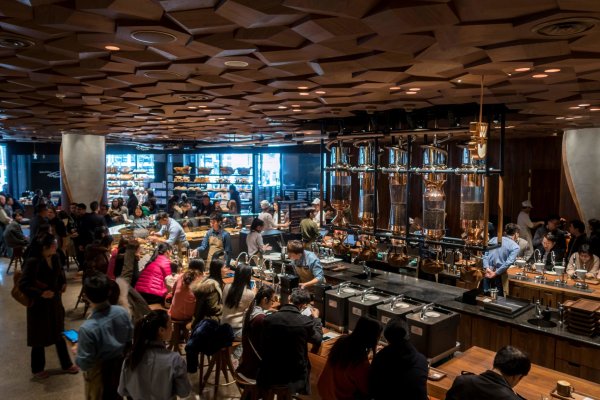 The store has a dedicated bar offering items like nitrogen cold brew tea, placing a special emphasis on tea. According to reports from USA Today, the coffee bars will serve cups made from beans grown in China’s Pu’er in Yunnan Province. The shop also features massive copper casks for storing coffee beans despite the actual roasting being somewhere else on the premises.

Howard Schultz, Executive Chairman of Starbucks, mentioned that this store would blend China’s rich and diverse culture with the company’s 46-year-history in the coffee shop business.

However, this Starbucks chain in Shanghai won’t get to hold the glorious title of ‘the largest Starbucks in the world‘ for too long. Starbucks has already closed a deal for an enormous 43,000-square-foot Reserve Roastery in Chicago that’s set to open in 2019.

You can expect to enjoy such grandiose coffee experience in Chicago soon.

Until then, here are some facts about Starbucks you may not know.

Be sure to check out Flexiroam for cheap global data roaming plans with data coverage of up to 100+ countries. You get to stay connected in China and use blocked sites like Facebook, Whatsapp and Twitter. No need for VPN anymore. Get yours before flying, and save more!

Have the Best Chinese New Year 2020 Sales with Flexiroam!