Airlines have cancelled thousands of flights as an intense winter storm, or ‘bomb cyclone’, swept along the East Coast of United States on Thursday.

Most of the coast was under a winter storm warning. Even usually-sunny-Florida is experiencing oddly chilly weather. The entire East Coast is almost being covered in a sheet of snow.

Contents hide
1 Image from: CBS News
2 What is a Bomb Cyclone?
2.1 Image from: Vox
3 Which Areas are Affected?
3.1 Image from: Popular Science
4 Planes Collide at JFK Airport
4.1 Image from: Travel and Leisure
5 More than 3,000 Flights Cancelled
5.1 News source: Vox 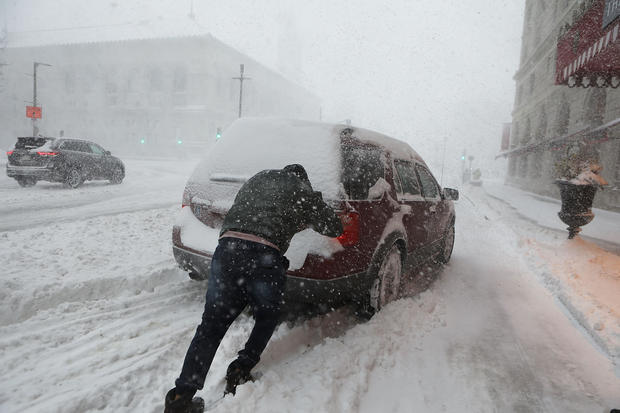 What is a Bomb Cyclone?

The name of the storm is actually called ‘Grayson‘, which is one of the most powerful winter storms to ever hit the country.

Forecasters have called winter storm ‘Grayson’ a ‘Bomb Cyclone’ as its steep drop in pressure created a ‘cyclogenesis’ or ‘bombogenesis’, meaning the atmospheric pressure has fallen rapidly below 24 millibars in less than 24 hours.

In simpler words, the steep drop in air pressure created especially strong storm and wind, gusting at as high as 50 miles per hour! 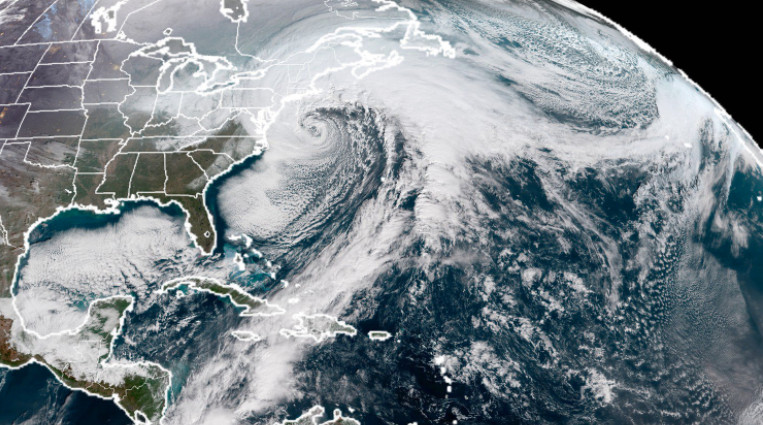 Which Areas are Affected?

As a result of the storm’s strong winds pushing an already high tide further onshore, water is now flooding the city of Boston.

The icy floodwater is submerging roads and prompting first responders to rescue those who are trapped in their cars. Many were forced to evacuate their residences due to the icy flood.

The rapidly intensifying winter storm that began on Wednesday has covered New England in over a foot of snow, along with damaging winds, and dangerous, icy, coastal flooding.

Other areas that are threatened by the winter storm are Pennsylvania, Massachusetts, parts of Rhode Island, Connecticut, and Maine, with heavy snow, strong winds, and close-to-zero temperatures. It is then expected to make its way to the Canadian Maritimes, sitting over Nova Scotia and New Brunswick.

New York experienced about half of a foot of snow in some places. Accumulations apparently decrease the further South you travel, but even areas like Virginia Beach experienced blizzard conditions.

Meanwhile Southern cities like South Carolina, Charleston, and Savannah, Georgia, only experienced freezing rain and a few inches of snow. Nevertheless, it quickly turned to a dangerous situation on roadways with at least 77 traffic incidents reported in South Carolina so far between Charleston and Jasper counties, according to the South Carolina Highway Patrol.

According to CNBC, the right wing of a China Southern Airlines plane hit the tail of a Kuwait Airways plane when it was being towed. Thankfully there were no injuries and the passengers were able to get off the plane safely.

Image from: Travel and Leisure

According to flight tracking website FlightAware, due to the intense winter storm, more than 3,000 flights have been cancelled within the U.S.. Find out if your flight is affected here at FlightAware.

If you’re around the area, be sure to check directly with your carrier before heading to the airport. In anticipation of the storm, most domestic carriers have began issuing travel waivers. You can check out the full list of waiver details before planning your itinerary.