eSIM: Unlimited Opportunities or a Disaster in the Making? 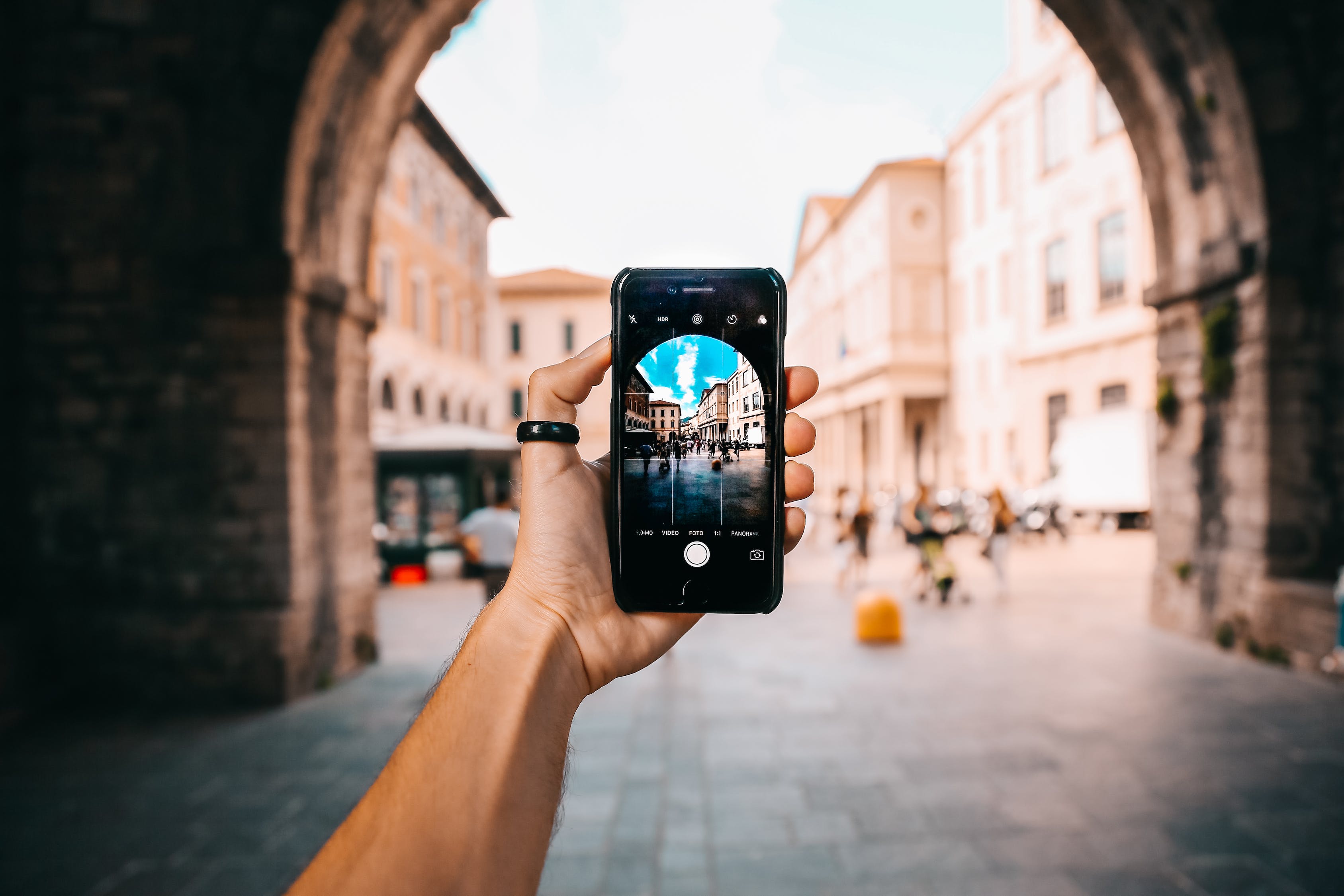 What are the cons of eSIM? Source: Pexels

With any new technology, there will be some downsides and concerns. As you may know by now, eSIM is the latest revolution that will have a long-lasting impact on phone manufacturing and the telecommunications industry.

Contents hide
We asked some Flexiroam users about their concerns regarding eSIM and what their opinion is.
Now, let’s look at what Flexiroam customers are ‘worried’ about.
1. LIMITED DEVICES AND TELCOS
For the full list of eSIM-supported devices: CLICK HERE
2. HIGHER PRICES (FOR NOW)
“My budget is around $300 to $400.” – Lina, travel agency owner
3. SWITCHING PHONES CAN BE A HASSLE (FOR NOW)
4. IS IT NECESSARY?
5. SECURITY AND PRIVACY CONCERNS
“Hacking into eSIM is extremely difficult as it operates on a system layer, but of course, when it comes to technology, nothing is 100% secure. That is why it starts with a proactive approach by consumers and companies to protect their data.” For example, keep your eSIM QR code safe from others and do not scan it on other devices.
“To accomplish such a difficult mission, hackers will need to have special access servers and relevant certificates to gain basic access. If they do manage to hack into it, the only thing they will be able to do is create, update, stop or delete the eSIM in question. They will not gain any access to your phone at all.”
IN A NUTSHELL, WHAT HAVE WE LEARNED?
What are the advantages of eSIM?Check out our other post to learn about the advantages! Check it out HERE
Stay tuned for more updates on the eSIM!
Check out our website: https://www.flexiroam.com/
Follow us on:FB: FlexiroamTwitter: @flexiroamIG: @flexiroam
Related Posts

We asked some Flexiroam users about their concerns regarding eSIM and what their opinion is.

Before diving into the findings, we want to talk a little about the concerns coming from network operators.

Using eSIM, consumers can now choose carriers directly from their devices, which pretty much changes the whole game for operators (added value to the customers). All you need, as a customer, is an activation code to add an eSIM account. It’s no surprise that the process of transitioning from one carrier to another is easier than ever.

This is not necessarily a concern for the user, but it does impact the telecom industry in general and network operators, particularly.

Now, let’s look at what Flexiroam customers are ‘worried’ about. 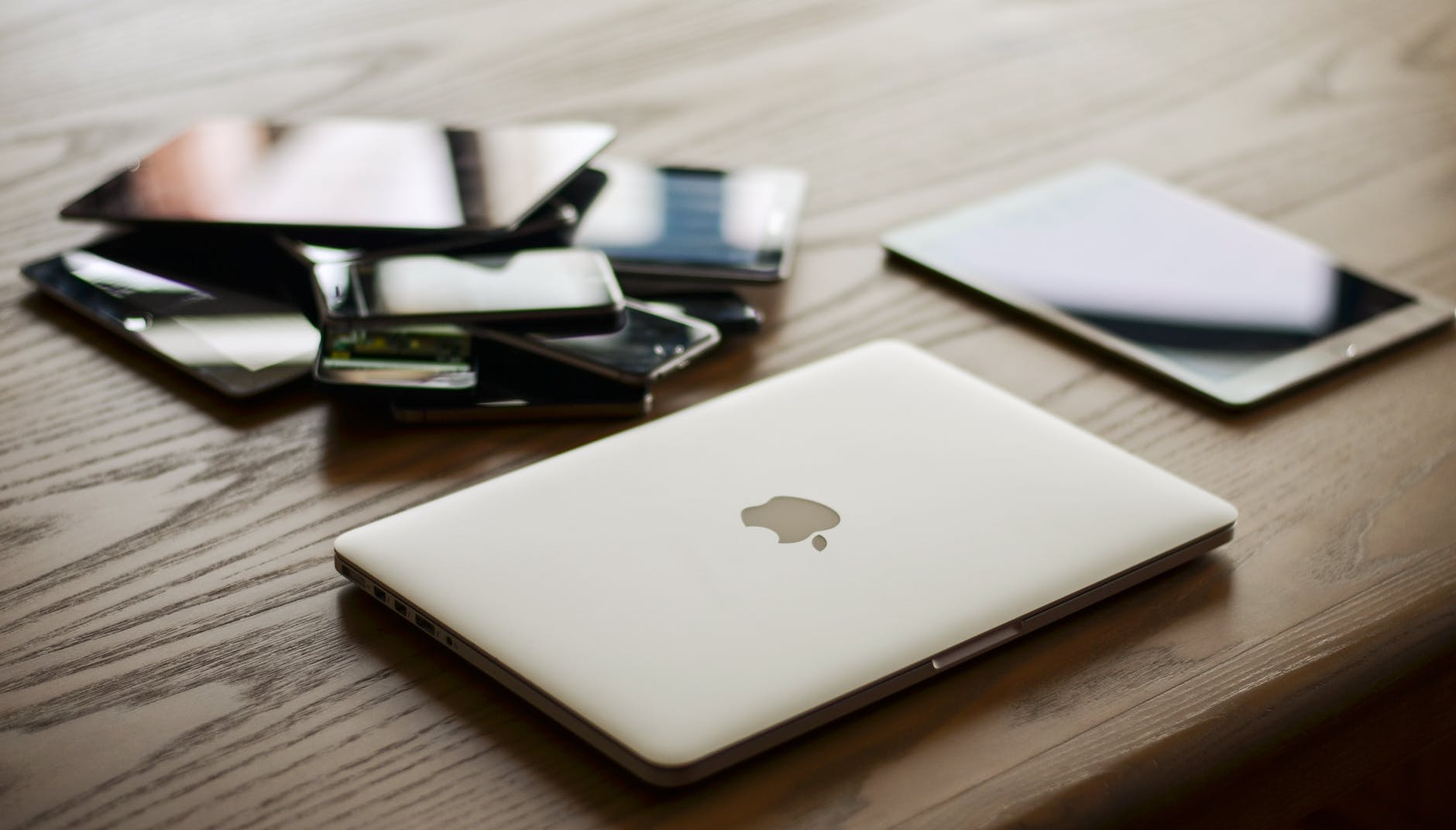 As the eSIM is still reasonably new in the market, support is still lacking or limited.
For now, only a handful of devices have eSIM, example: iPhone 11, iPhone 11 Pro, iPhone 11 Pro Max, iPhone XS, XS Max, XR, Google Pixel 4, Pixel 3 series, Samsung Galaxy Fold LTE and other wearables like the Apple Watch 2, 3, 4 and 5. These are all considered “HIGH END” and expensive devices. 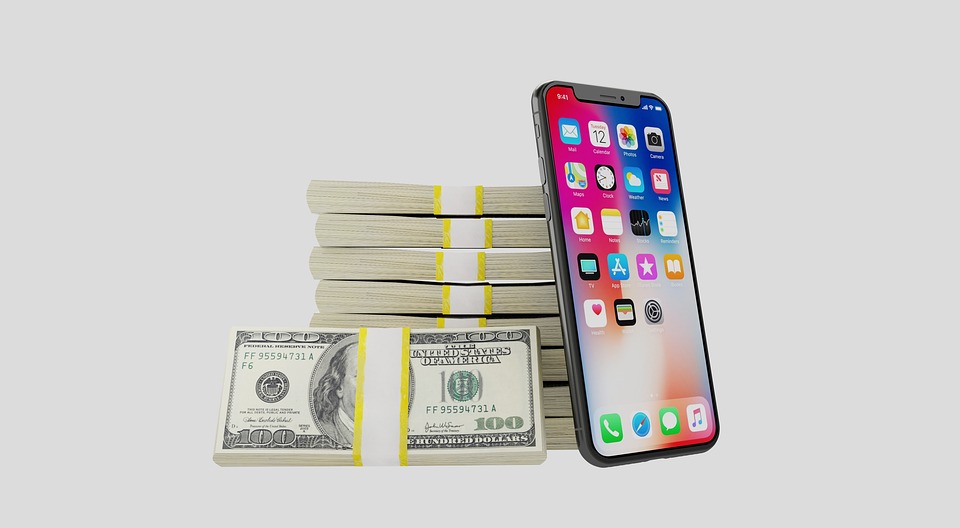 We bet you saw this one coming. As you may know, the eSIM is currently only supported by higher-end phones in the market.

Some of our users said that what they look for in a new phone includes considerations like storage space, battery life, and camera quality. Many of them also mentioned a reasonable price.

From our respondents, we found that consumers are still quite price-sensitive when it comes to purchasing technology.

Why is this a concern? Many users are not aware of the eSIM feature. And to them, if a phone has this feature, then it must be out of reach.

However, major mobile manufacturers are looking at making things cheaper. According to the US Bureau of Labor Statistics, prices in the tech sector are always dropping over time as technology gets better and more advanced. So if you’re on a budget, fret not. It’s only a matter of time before the eSIM becomes present in all IoT (Internet of Things)-enabled devices. [1] 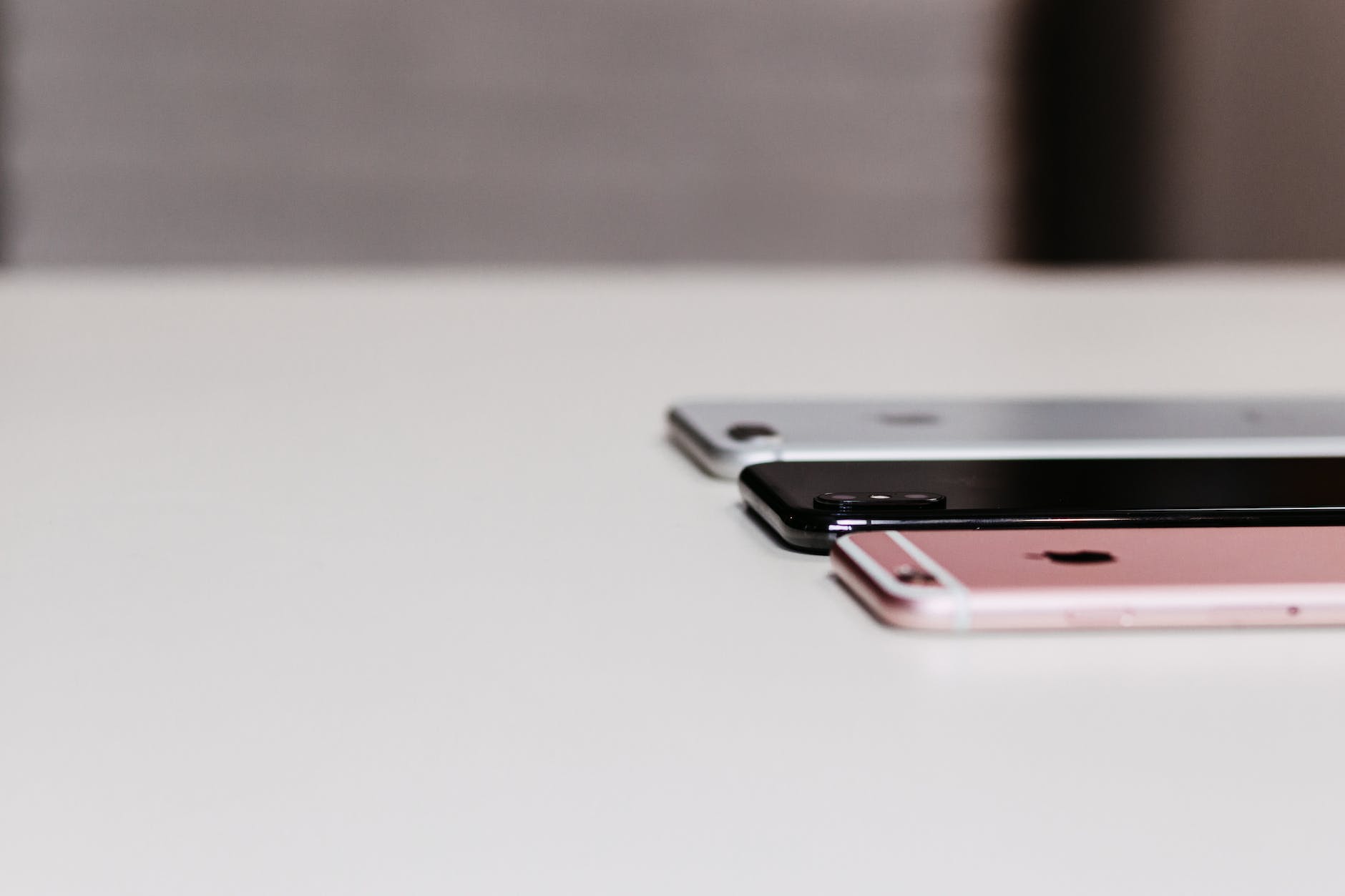 Switching phones with eSIM is a hassle (for now). Source: Pexels

3. SWITCHING PHONES CAN BE A HASSLE (FOR NOW)

Some of us love to change our phones frequently. However, if you are anything like me, you need a phone that will stick around for at least three years!

Guidelines on transferring an eSIM profile from one device to another are still blurry. Even though eSIM has been in use for some time now.

Consumers may have to contact their network operator to request for a transfer personally. Changing, disposing of, or passing a phone down to a friend or family member will also prove to be a difficult task with an existing eSIM profile(s).

On the bright side, technological improvements are always happening, so this may not be a problem soon. 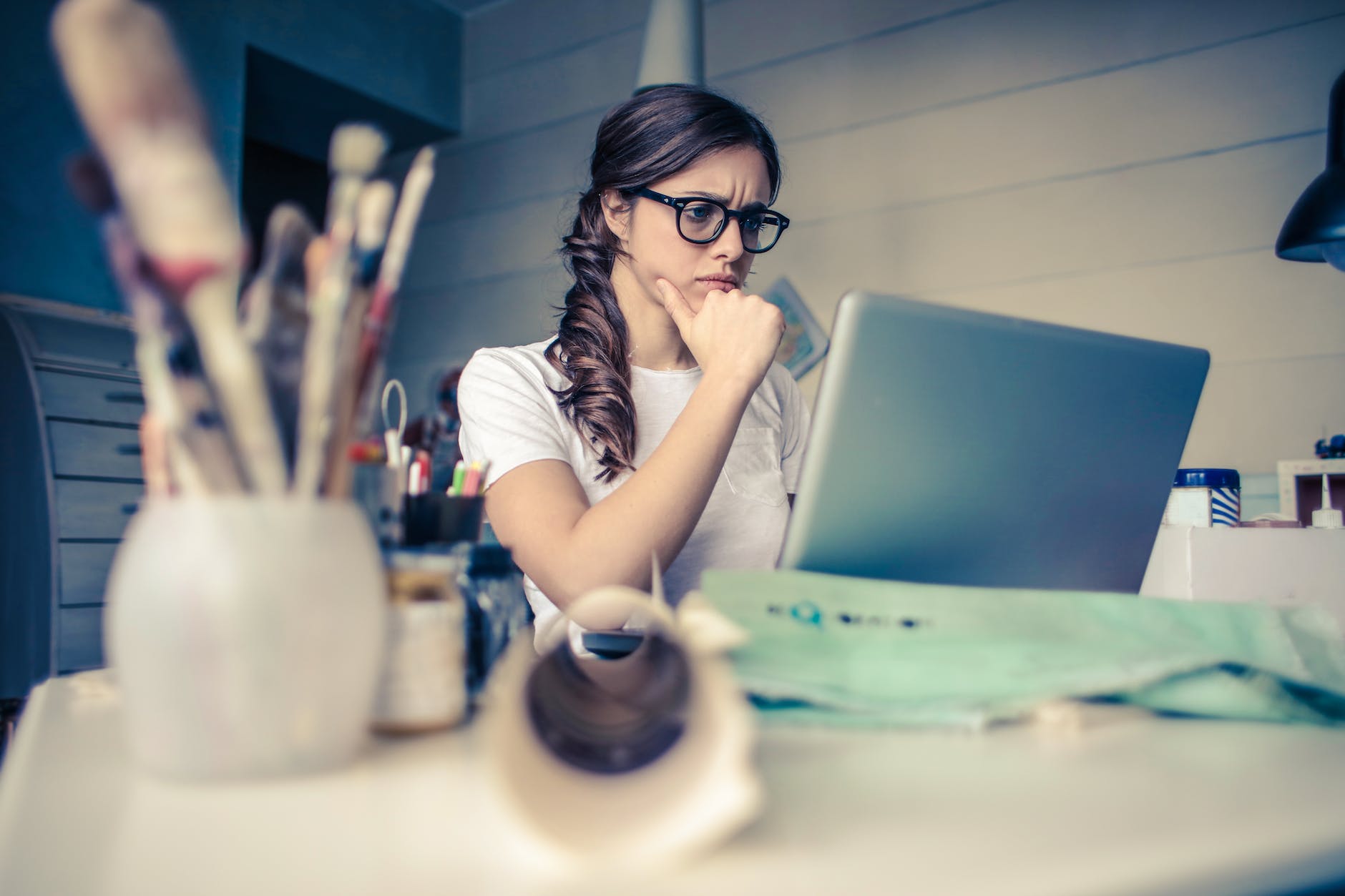 Some of our customers questioned the necessity of having an eSIM supported phone:

“I wouldn’t get a phone specifically just because it supports eSIM. I only need one for my phone number and another for traveling (Flexiroam), so I only need two at most.” – Lisa, 48, homemaker

Billy, 55, accountant seems to share the same opinion: “I only utilize two SIM cards at the most, so it’s unnecessary for me. It’s ridiculous that someone even needs more than two.” Strong opposition, however, he continues on “I don’t think the eSIM has any impact on older folks like me, the current SIMs are fine. No reason for us older folks to get tangled with hi-tech extras and get confused.”

It is worth noting that it will no longer be a viable option in the future to have standard SIM cards.

Therefore, the opinion changes when we speak to ex-pats, business owners, and the younger generation:

“eSIM is useful, especially for traveling because changing SIM cards is such a hassle, and there’s always a chance of losing it. We are in 2020. I don’t think we need to be worried about changing or losing SIM cards. Everything is digital now.” said Ruby, 22, student/intern.

Afifah, 22, added, “eSIM will be especially useful for older people as some do not know how to change SIM cards physically.”

Ashley, 19, a Taiwanese student, said, “the eSIM is forward-thinking and useful because most phones only have dual SIM functions. Most people need at least two when they travel. Like for me, I’m going to study in Australia soon, so I’ll have both a Taiwanese and an Australian SIM card. It’s going to be a hassle to switch back and forth as I only have one SIM slot currently.”

Lina, 40, travel agency owner, agrees with Ashley, “Phones in the market have two slots for SIM cards. I actually have 3 numbers so I have to put two SIM cards in one phone and another SIM card on another phone, so I need to carry two phones at all times. Business people, frequent travellers, and ex-pats will need eSIM.”

“It is a good step,” said Sunny, a 25-year-old student. “With technological improvements, data moving to the cloud, and with being more environmentally conscious, people are more aware of the physical pollution due to SIM cards.” She seems to agree with the notion that eSIM is a good alternative. 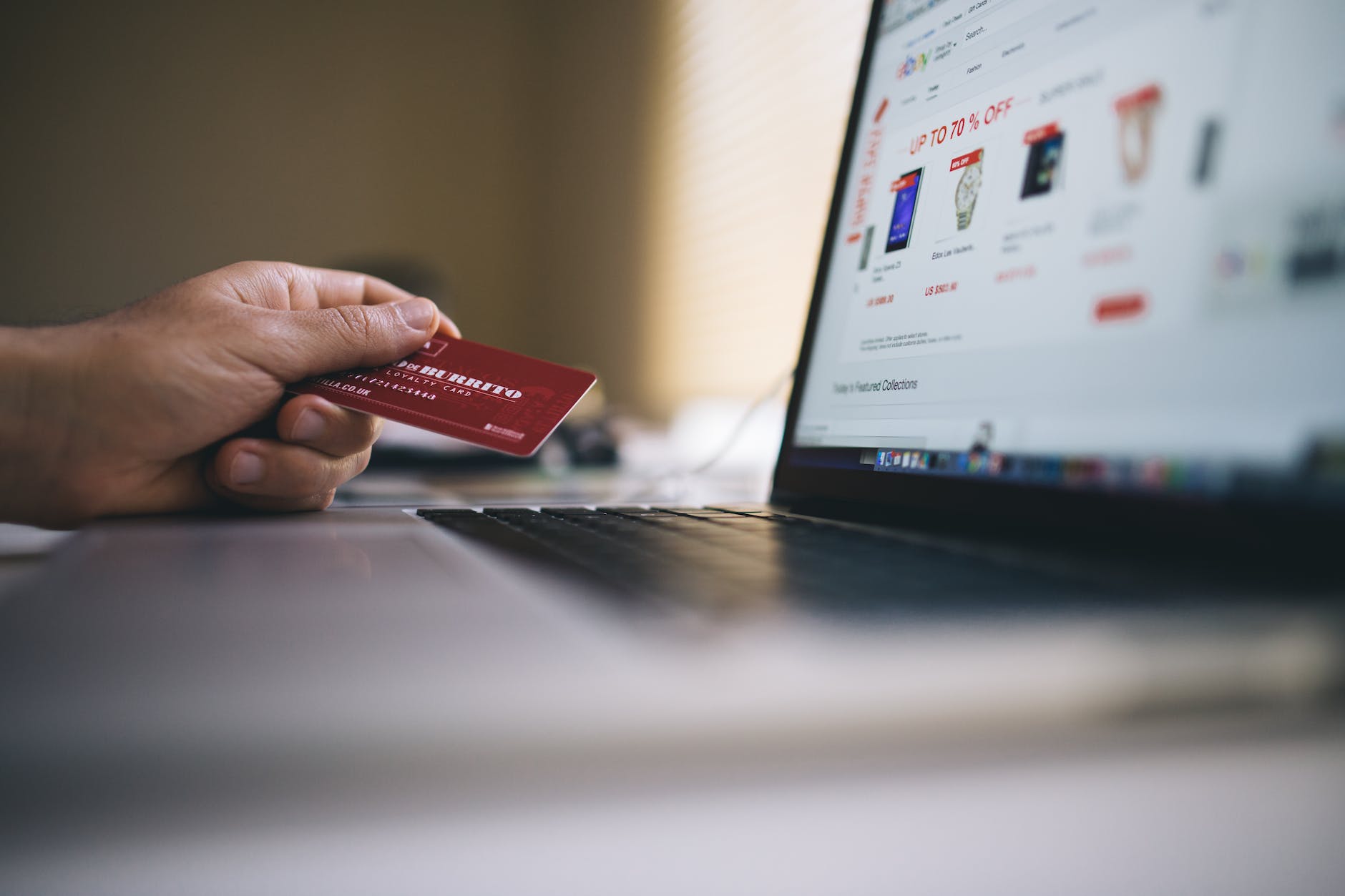 Like with anything that is “digitized” these days, one question consumers are always asking is, “Is it safe?”. With the eSIM, users are worried about having their information hacked, compromised, or both.

“…data can be easily tracked since it’s embedded in your phone…” according to Wei, a university student studying in Ireland.

In response to this, companies have assured customers that even though eSIM is indeed “embedded,” hacking is difficult. In spite of this, users are still worried about it.

Flexiroam asked Abdulwahab Herbli, a seasoned systems developer and a cyber-security expert, about hacking into eSIM. Here is what he said:

“Hacking into eSIM is extremely difficult as it operates on a system layer, but of course, when it comes to technology, nothing is 100% secure. That is why it starts with a proactive approach by consumers and companies to protect their data.” For example, keep your eSIM QR code safe from others and do not scan it on other devices.

Additionally, in the improbable event where a hacker’s mission is successful, there isn’t much they can access. A common misconception is that a hacker will be able to obtain and steal the data on your phone, such as browser information, personal photos, videos, or text messages.

Abdulwahab assures us that this is not the case:

“To accomplish such a difficult mission, hackers will need to have special access servers and relevant certificates to gain basic access. If they do manage to hack into it, the only thing they will be able to do is create, update, stop or delete the eSIM in question. They will not gain any access to your phone at all.”

There you have it. While it is not 100% impossible to hack into your eSIM, it is very, very difficult. Concerning this, security always improves as time goes on. For example, GSMA (GSM Association) has responded to these concerns by proposing a solution called Subscription Management Data Protection (SM-DP+). To ensure a higher security level, the operator must confirm any attempts to download a profile as it will utilize a code that is unique to the device. [2]

IN A NUTSHELL, WHAT HAVE WE LEARNED?

It is safe to say that the eSIM revolution is indeed inevitable and will soon dominate every device that we use. While it is clear that there are many issues consumers are worried about, we must keep a clear mind that technology is continuously improving. Government and private organizations are introducing new regulations, and independent developers are helping to push the limits for better security.

Stay tuned for more updates on the eSIM!