The Tang and Song Dynasties marks the starting point of Chinese dishes. They continued to develop until the early Qing Dynasty, each with its unique ingredients and taste.

Fast-forward to today, Chinese cuisine continues to influence many other cuisines, especially in Asia with some tweaks to cater to local taste buds.

Contents hide
Discover these Chinese favourites and their origins, don’t get too hungry now:
1. DIM SUM
2. spring rolls
3. peking duck
4. Kung pao chicken
5. sweet & sour pork
experience china with flexiroam
Chow down on your favourite authentic Chinese dish with us and get epic pictures of your favourite authentic Chinese dishes to your heart’s content.
Book your flights, get your China Data Plans and roam on!
Related Posts

Discover these Chinese favourites and their origins, don’t get too hungry now: 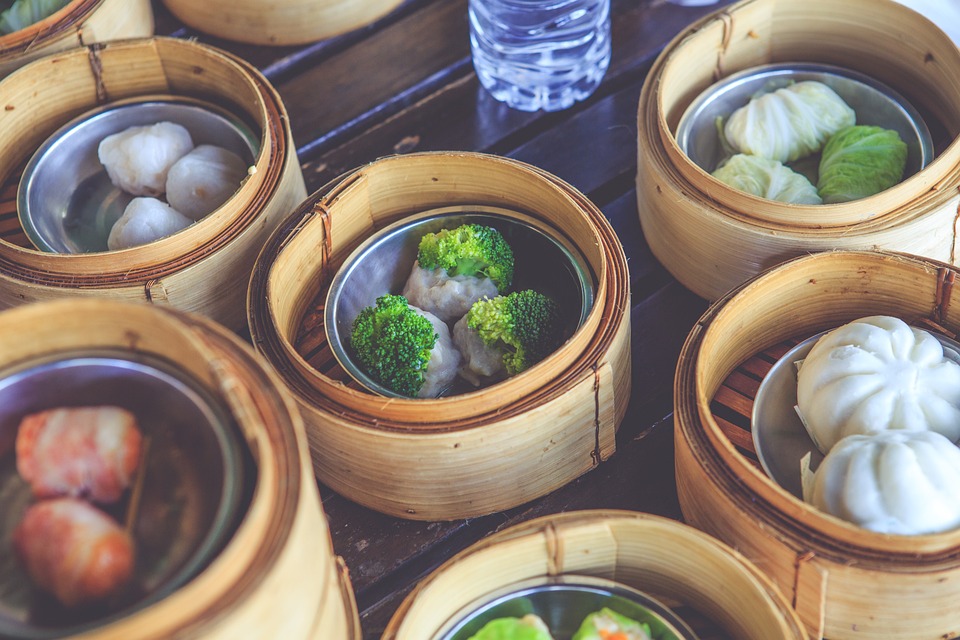 Dim Sum is one of Chinese foods that you can’t miss out on! Source: Pixabay

Little steam baskets of delights – none other than Dim Sum which has a direct translation of “to lightly touch one’s heart”. Dim Sum is the collective term for the variety of food each basket contains.

In ancient China, travellers along the Silk Road would stop at tea houses during their journey. It was then they realized the health benefits of tea, especially on digestion. Thus, small quantities of food were paired to serve alongside tea. That was the beginning of the tradition of Dim Sum and the term yum cha which means drink tea. 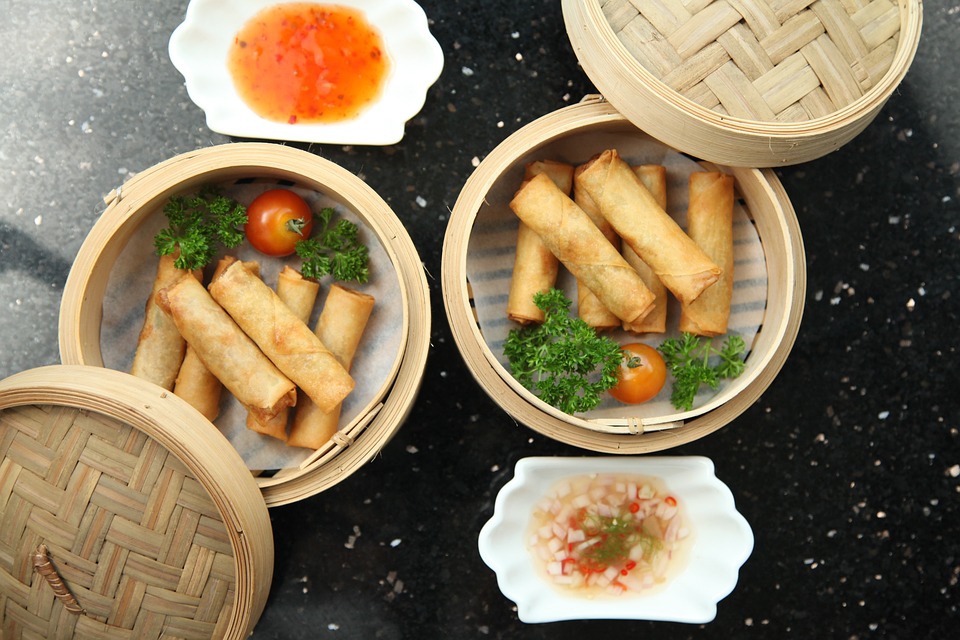 This traditional Chinese snack typically has minced pork or chicken, shrimp, black mushrooms, garlic chives, and other vegetables, then deep-fried. As the name suggests, it is a way to welcome the season of spring; its shape is like a slightly flat cylindrical gold bar which symbolizes wealth.

Spring rolls have been in history since before the Tang Dynasty. It’s known flavourful taste and its decorating elements which differs according to hierarchy. The lay folks would use carrots and celery while the rich would have a variety of sauces, salted meats, spinach, beansprout, and eggs.

It was also a symbol of spring blessing, a gift to friends and relatives in the early days. Peking Duck is also on top of people’s lists when it comes to Chinese food. Source: Pexels

It is known as one of China’s national dishes and is royalty. Its beginnings in the Yuan Dynasty (1271 – 1368), a time when the Mongol Emperors ruled China.

Served whole or in thin slices, the duck skin is crispy and its meat tender. The skin is a thin layer of crepe that wraps the duck, together with spring onions, cucumbers and hoisin or sweet bean sauce.

The Peking duck has been a staple for the ruling class for generations; there is even a museum about it in Beijing. The following Dynasty – Ming Dynasty (1368-1644), it is no longer a dish fit for the imperial family alone and was available for everyone. Its divine taste and long-standing history make this dish legendary. 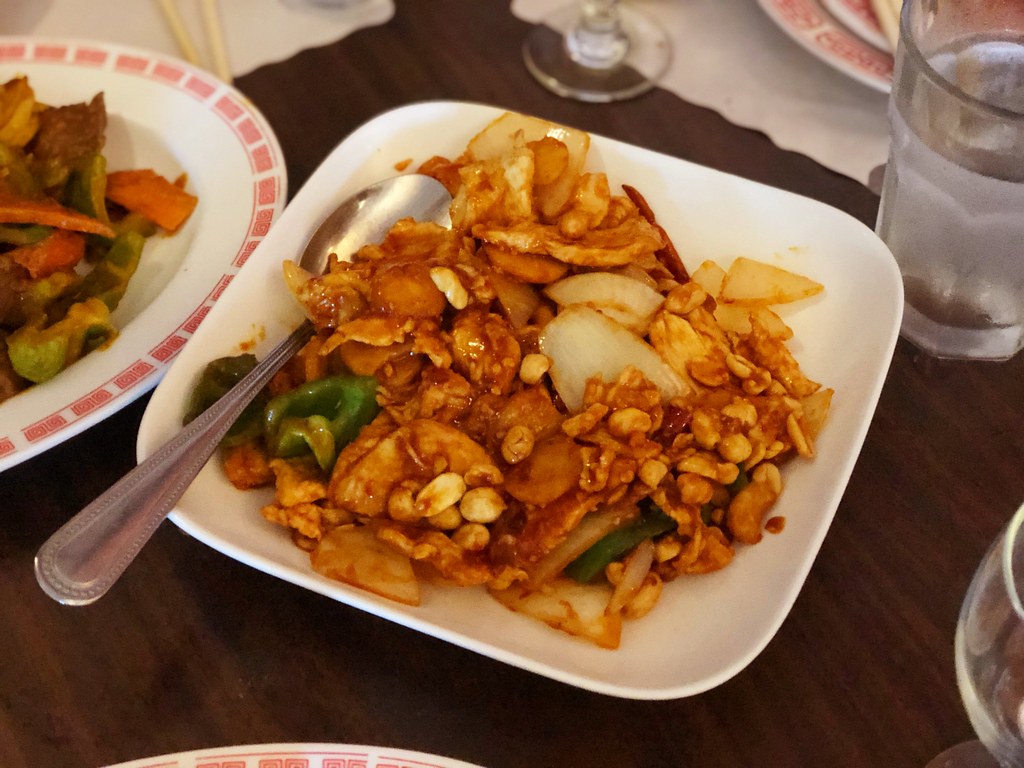 Kung Pao Chicken! Is your stomach growling too? Source: Flickr

This spicy, chicken stir-fry dish, is made with peanuts, vegetables, peppers, and local peppercorn is a Szechuan classic among locals.

Governor-General, Din Baozhen is known to be the creator of Kung Pao chicken. According to Qing Dynasty history, he enjoys cooking and has a soft spot for spicy food and ingredients like chicken and peanuts. Starting as a home dish to the Din family saw it quickly becoming a household name among locals.

The dish’s name translates in Mandarin as “Gong Bao” which is an honorary for Din. He died at his post on his 11th year, under the reign of Emperor Guangxu. The imperial court honoured his outstanding performance with the title “Tao Bai for the Prince” and one of the “Gong Bao”, thus how it came to be. 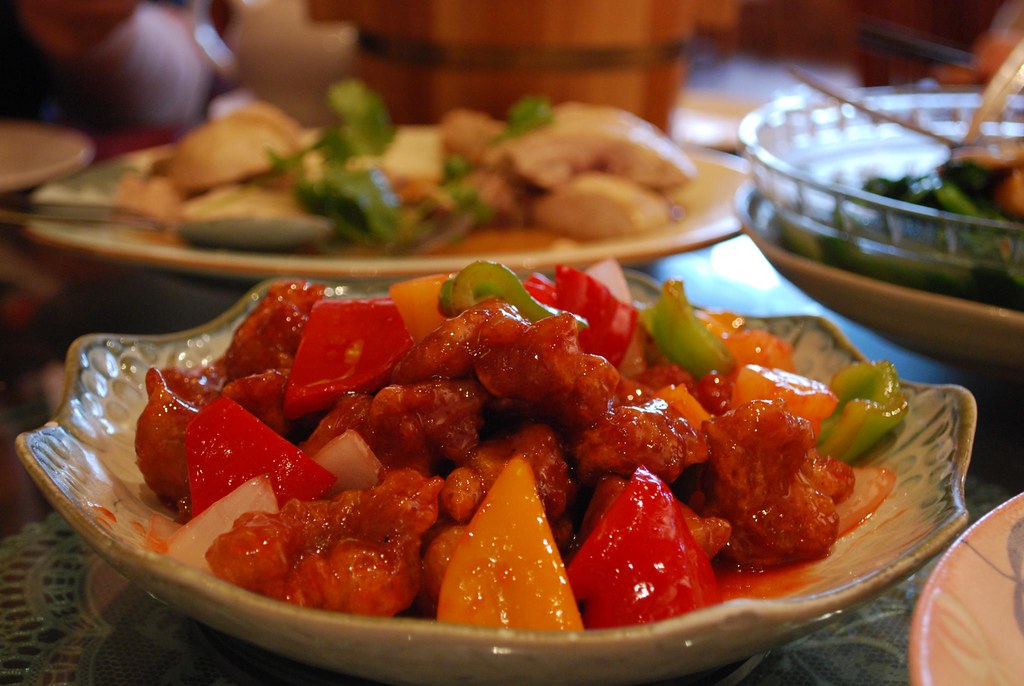 Sweet and Sour Pork will always be the food you’re looking for at an Chinese restaurant. Source: Flickr

A pork lover’s must-have is sweet and sour pork or more commonly known as “Gu Lou Yook”, which is deep-fried pork with pineapple and bell peppers, drenched in a bright sauce.

Some believe sweet and sour pork to be a Cantonese dish. However, our research takes us to Chencun; a town in Shunde district where locals make it with pork ribs instead of diced pork. Visitors enjoy it but do not appreciate the bones in the dish. Thus, chefs made the switch to well-marbled pork shoulder instead.

Westerners would offer their compliments to the chef. They exclaim it as “good!”, unable to understand English, the locals understand it is “gu” or “gu lou” represents the sound they heard and “yook” translates as meat. 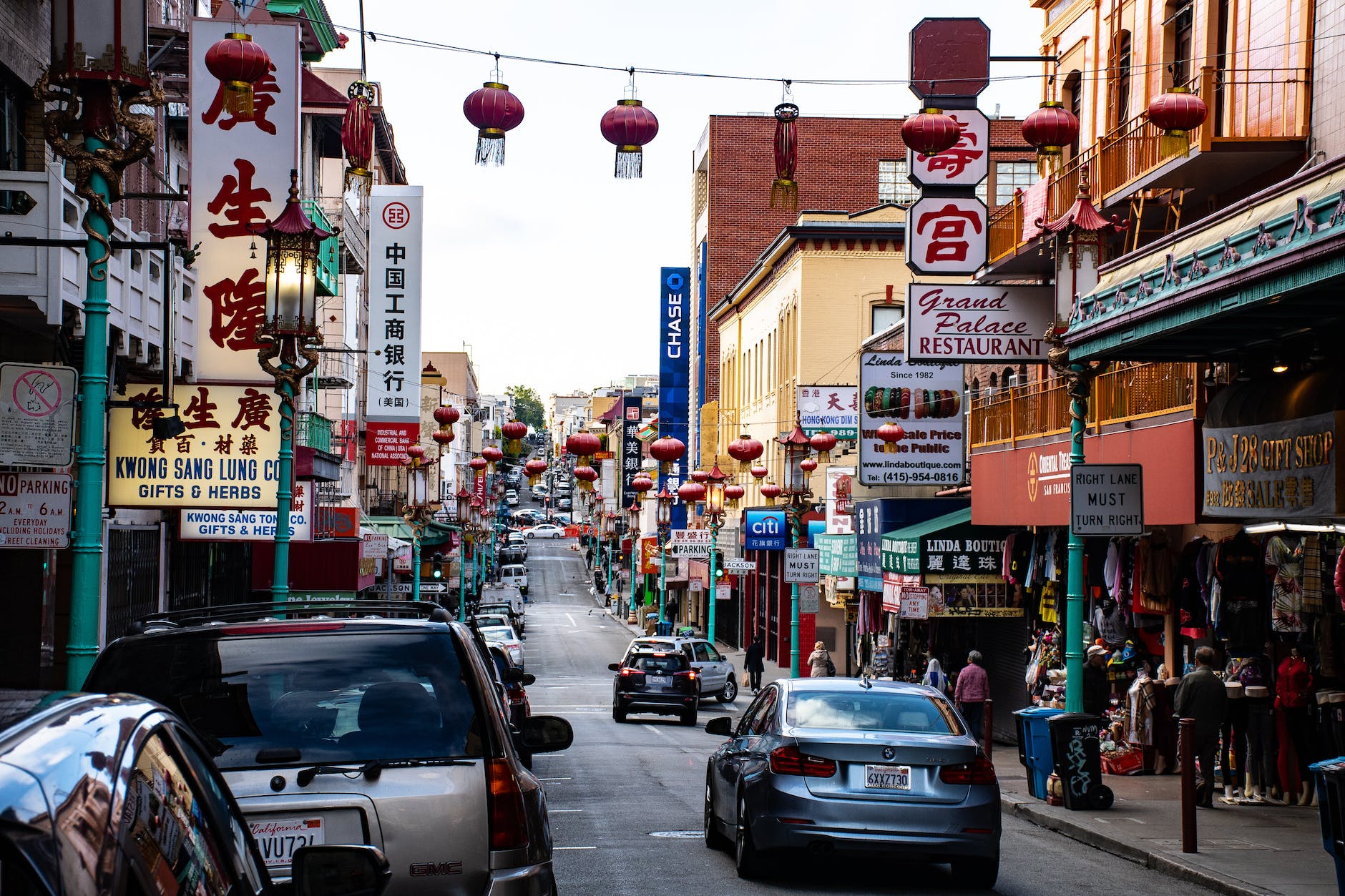 Explore China and its delicacies with Flexiroam. Source: Pexels


Book your flights, get your China Data Plans and roam on!

This site uses Akismet to reduce spam. Learn how your comment data is processed.