If trotting historic cities and studying cultures are your cups of tea, Saudi Arabia is just the ticket. With many stunning landscapes, markets, and mosques, this land of pilgrims awakens the explorer within us all. Here’s our 10-day itinerary for an unforgettable trip to Saudi.

Kickstart your first 2 nights wandering Jeddah, retracing the steps of traders and pilgrims, who were responsible for infusing a certain vibrancy to this thriving city. It is known as ‘the Bride of the Red Sea’ and has been welcoming visitors long before it was named the official seaport for the holy city of Makkah in 647 CE. 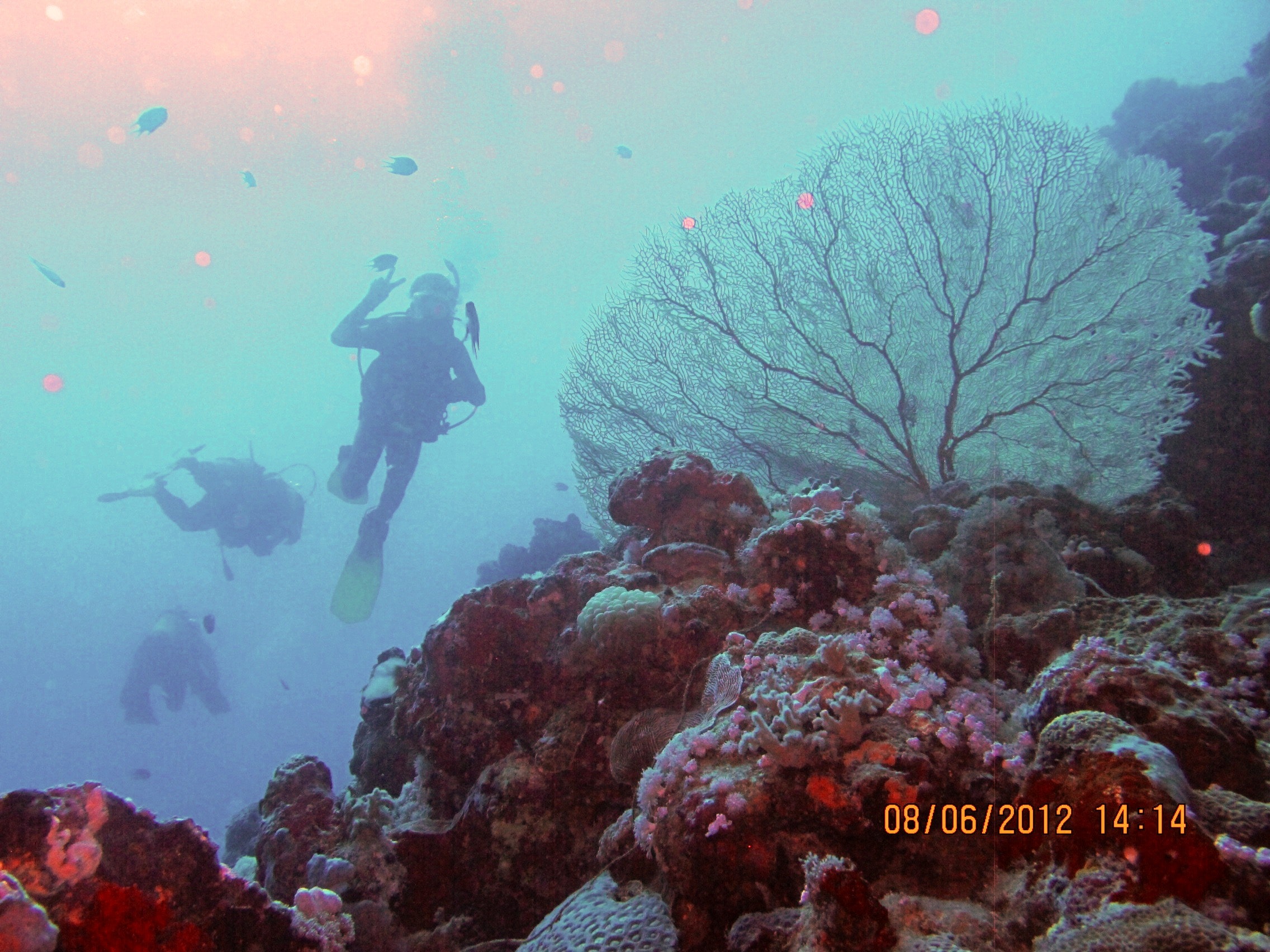 Scuba diving in the Red Sea is one of the attractions of Jeddah. Source: Flickr

Indulge in Jeddah’s natural beauty with Al-Haddad Scuba, a market-leading player in the city’s scuba market. They’ll bring you on an epic underwater adventure experiencing live corals and tropical fishes. Al-Haddad also has a variety of diving and snorkelling courses, plus a full line of services and products to cater to beginners and experienced divers. The entire activity (shopping for gear, briefing, snorkelling, etc.) will take up to 4 hours. 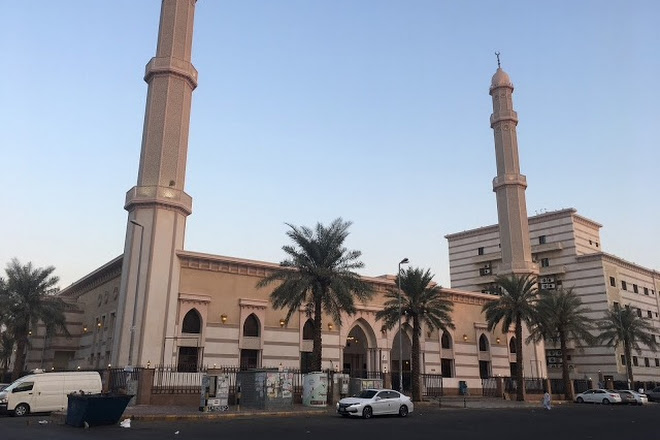 Learn more about the culture of Jeddah in Khadija Baghlaf Mosque. Source: Inspirock

Khadija Baghlaf Mosque represents a beacon of knowledge and guidance for people in Jeddah and other provinces. The mosque that was created in 1425 is known for its intricate design and facilities managed by a homogeneous working team. The mosque advocates ongoing activities and workshops for the memorization of the Quran for men and women.

Al-Balad, one of the most historical places in Saudi Arabia. Source: Wikimedia

One of Jeddah’s most historical regions is Al-Balad. This World Heritage Site has 7th-century architecture, making it very warm and nostalgic. Formerly the city centre, the village comprises of lively piazzas, historic merchant houses, ornate mosques, and winding lanes. We recommend hiring a local guide to show the region’s best places to shop and dine. Exploring this delightful place should take up at least half a day, if not the entire day.

The flight from Jeddah to Medina takes approximately 3.5 hours, of course, driving or travelling by bus is an alternative. Medina is the second holiest city in Islam, after Mecca. The city is filled with many historical mosques, markets, landscapes, each with its unique cultural element and story of how it came to be. 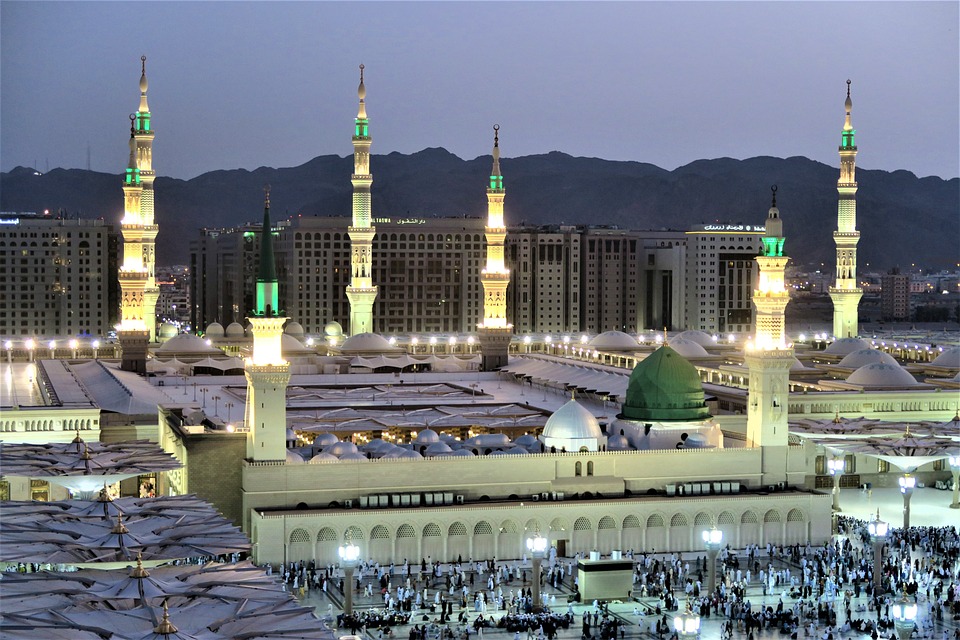 Also known as the Prophet’s Mosque, this mosque is majestic. Source: Pixabay

The mosque that is definitely on every traveller’s list – Al Masjid an Nabawi otherwise known as Prophet’s Mosque. The Prophet Muhammad himself helped in constructing this majestic pilgrim. Its design consists of mosaics overlaid with gold, giving it an exceptional finish. An unmistakable feature of the mosque is its massive green dome, located on the southern-east corner. It is said to be where the Prophet’s body is laid and is a sacred place. It also the world’s second-largest mosque, after Masjid al-Haram in Mecca.

This museum was formerly an old railway station – the Old Hijazi Station. It houses some of the country’s most prized archaeological collections, historical documentation, artefacts, and more. The Al-Madina Museum tells the city’s history in a well-structured for all who wish to gain a more in-depth insight into Saudi Arabia’s culture and development. It also offers an explicit-detailed exhibit of the Prophet’s life, from his birth till death. 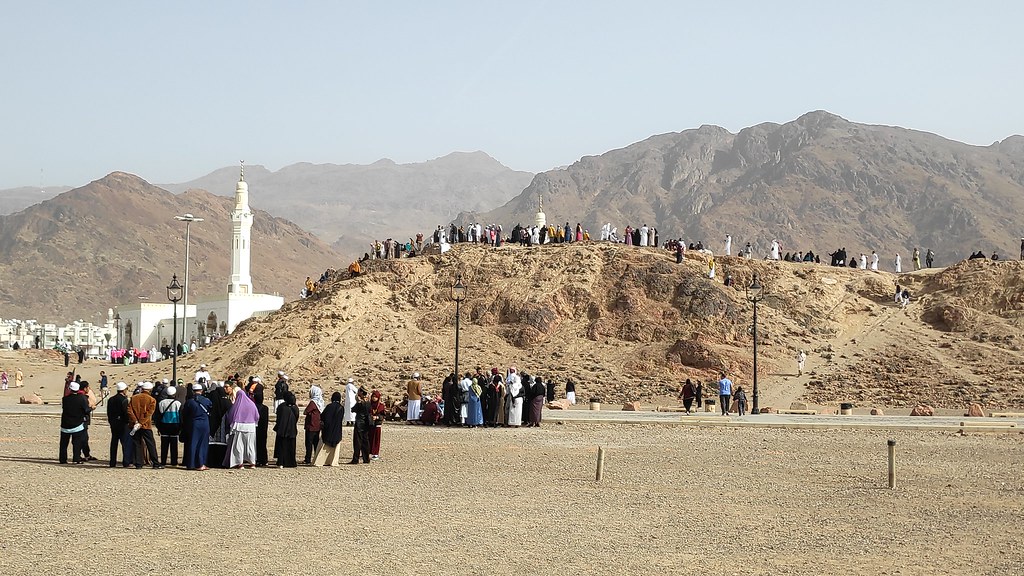 Located in North Medina, Mount Uhud is one of the most famous mountains in Arab Peninsula. Source: Flickr

A fascinating story lies behind mighty Mount Uhud. It is said to site to Islam’s second battle which took place in 3 AH. Mount Uhud is also one of the most famous mountains in the Arabian Peninsula and amongst the most significant historical landmarks of Medina. The mountain is made of volcanic rocks that have valleys, reefs, and engravings that date back centuries. 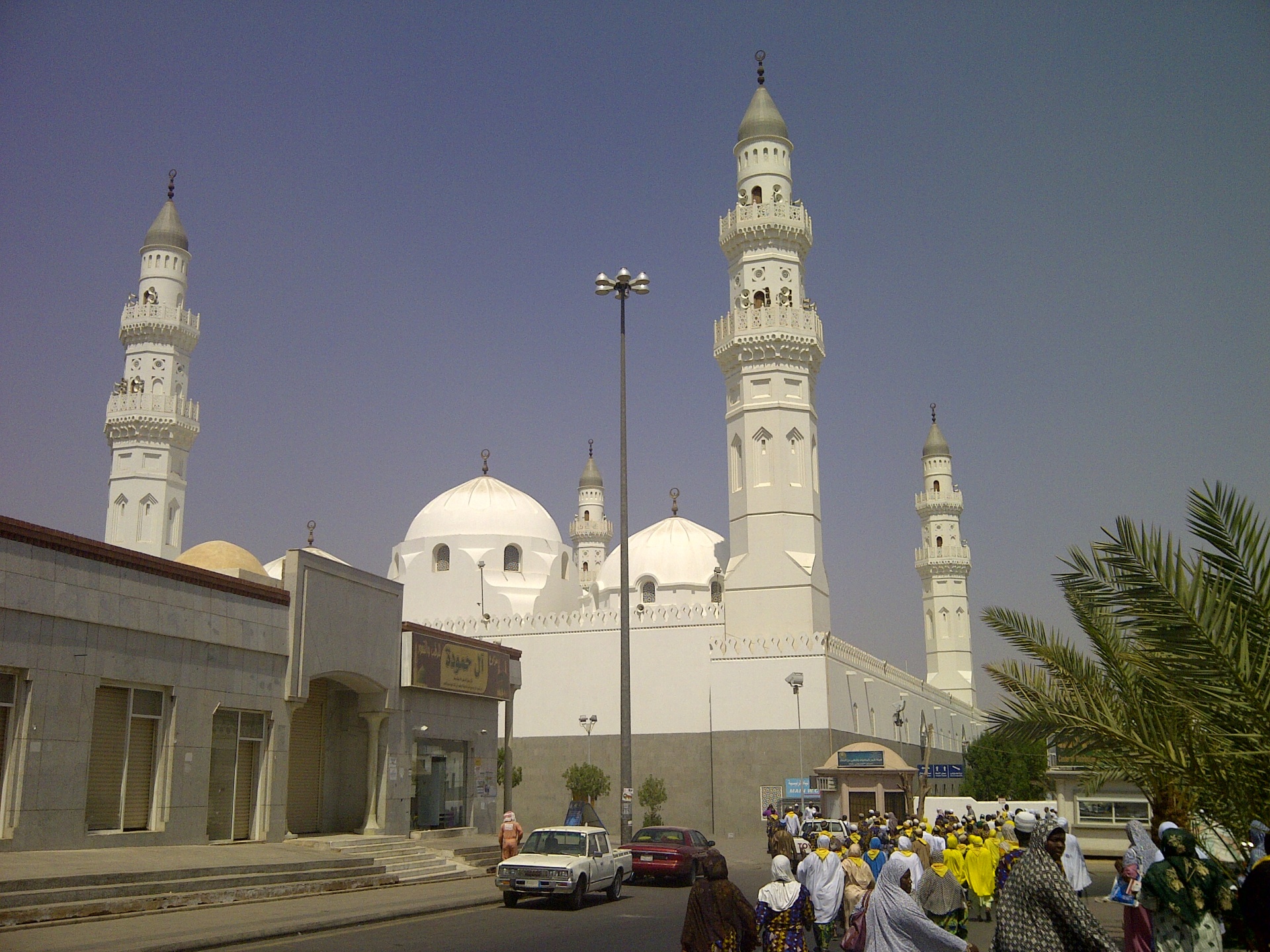 Another majestic mosque you need to visit in Medina. Source: Needpix

This mosque carries paramount significance to Islamic prayer. At Masjid Al Qiblatayn is where Prophet Muhammad changed the direction of prayer to Mecca. Before which, worshipers faced Jerusalem to conduct their prayers. Restored and renovated numerous times over the centuries, this haven is a spiritual and architectural muse has now a dedicated floor just for worship, separating men and women. Take in the spiritual atmosphere and admire its gorgeous pristine white walls for a rejuvenating time.

Travelling to Al Ula takes about 5 years by flight, and slightly longer by car. The carved mountain rocks are the characteristics of Al Ula, which brings us back in time for thousands of years, many of which resemble castles and forts. These ruins under the desert sun still hold many undiscovered treasures which makes it such an adventure. A night’s visit would suffice as this maze is mainly held together by mud and could be deteriorating in years to come.

This glorious elephant-like stands matchless under the blue sky. Back up far enough to capture mesmerizing photos that capture the intricacies of Al Ula. Elephant Rock is 11km northeast of the province, at a whopping 52 metres in height. As it is a natural formation, it would be considered of global significance that many would love to visit and photograph.

Known as “The Old Town”, Al Deerah Heritage Village is an impressive village with alleys and roads built from mud and palm trees. It looks somewhat like the town of Agrabah in Aladdin but, more worn out. The best way to view these structures are from a higher platform, so you could take a small climb to get a great view, but many have described it as “eroding”, and not many have managed to visit. The online community encourages history and archaeology lovers to visit it before it’s gone.