Nothing escalates the taste of food in restaurants than having a fancy environment with a relaxing ambience. However, some restaurants around the world have decided to go beyond just being fancy, but further leveraged it with the help of technology.

We’ve compiled a list of restaurants around the world that has pushed the boundaries of futuristic design. Here are some of our favourite high-tech restaurants that may surprise you. 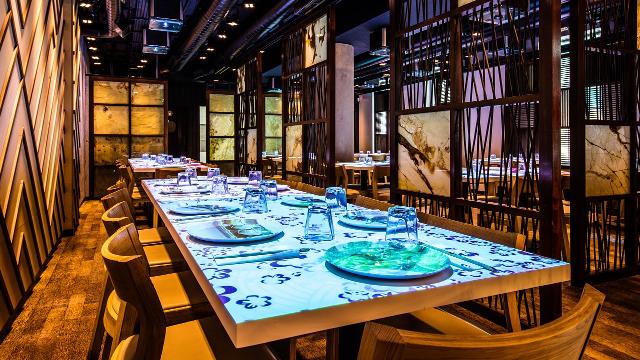 The great city of London has more than just the Big Ben and falling bridges. Inamo is a restaurant that showcases Japanese, Korean, Chinese and Thai cuisines in the heart on London. Their signature sushi is well loved by their patrons and is even voted as the best sushi in London by Design My Night, a UK-based guide to nightlife. 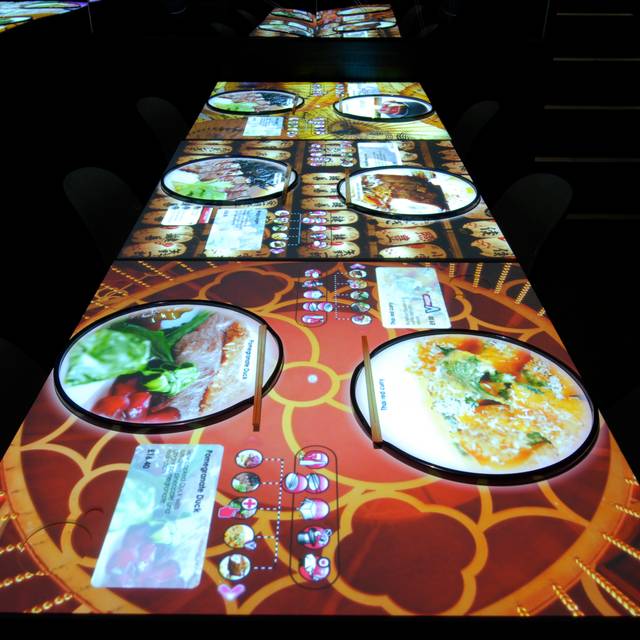 Meanwhile, what truly makes it world-renowned is their interactive menu.

Once you’re seated, the menu is beamed onto your table, in which you order using the touchpad installed on the table as you would on a laptop. When your plate is in position, you get to even see the food you’re ordering beamed onto your plate to spur your appetite. While waiting, you can watch what the chef is doing via the chefcam, or you could even play some games with your dining partner! You can also choose what “tablecloth” you want to suit the mood as well, and when you’re done, just get the bill through it as well!

Inamo can be found at three locations in London, that is Soho, Covent Garden, and Soho. 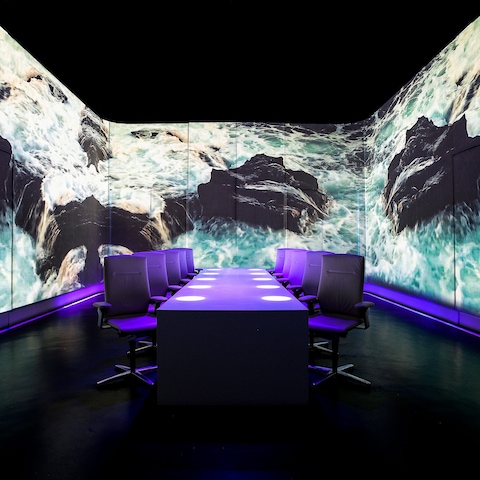 Ultraviolet believes that their food is not just meant to be eaten, but experienced. It is no other than star chef Paul Pairet, who pushes the boundaries of molecular gastronomy by manipulating the shape, colours, textures and taste of his food to give his diners an extraordinary dining experience. To add to its uniqueness, Ultraviolet only allows up to ten guests each time, in which they are treated to a wholesome 20 course meal. Rumour has it that what comprises of the sets changes from time to time according to the chef’s creativity! 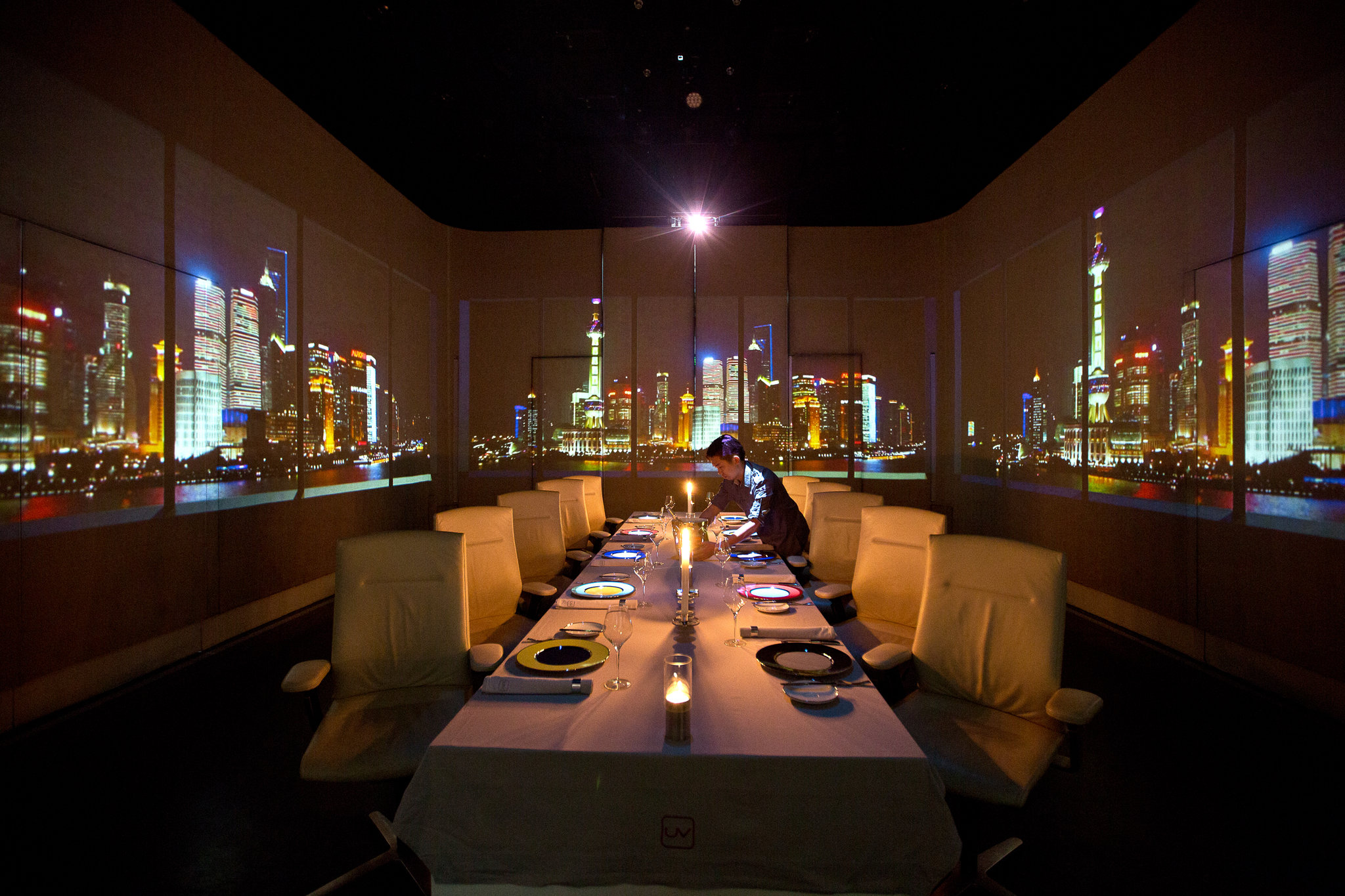 Diners here, again, doesn’t just eat the food, they’ll feel the food, know the food, be the food. Pairet believes that his food must be eaten when it tastes the best, and that’s not just in terms of having it while it’s still warm, but when the environment suits it. Thus, you’ll get to see and hear strong waves gushing around you while you take the first bite of the lobster dish through the LED lights and speakers surrounding the entire room. Do note that this comes at a price though, as it’s known as the most expensive restaurant in Shanghai!

To add a cherry to the mystery of this three Michelin Star restaurant, the restaurant also has no known address and will only be revealed to diners after they have made their booking, with its only clue being its somewhere in Shanghai, China. 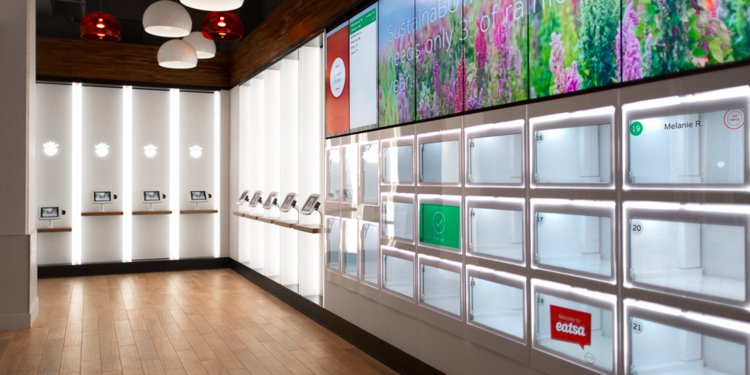 On the more economical and healthier side, this American “fast food” chain has taken their nation by storm with their highly-innovative restaurant that requires zero human interaction! Eatsa is a fully vegetarian restaurant chain that prepares Quinoa Bowls from as low us US$6.95. Every bowl is customised according to your liking as you get to mix and match different ingredients when you order. Who said fast food chains must be unhealthy?

Your entire journey in the restaurant is fully machine-automated. You place your orders through an iPad and save your name into the order. When your meal is prepared, the staff will place it into a glass cubby shelf which is a wall between the customers and the kitchen. The cubbyhole with your food will have your name appear on its screen and lights up once your food is ready. Then, just collect your food and enjoy!

To further satisfy their loyal customers, the system records the past orders of returning customers into their system, so they can quickly select the same combination every time they return. While most ‘techy’ restaurants drive up their prices, Eatsa claims their tech helps them to keep their prices low with the minimal redundancies.

Eatsa branches can be found on Spear Street and California Street in San Francisco, California, USA. 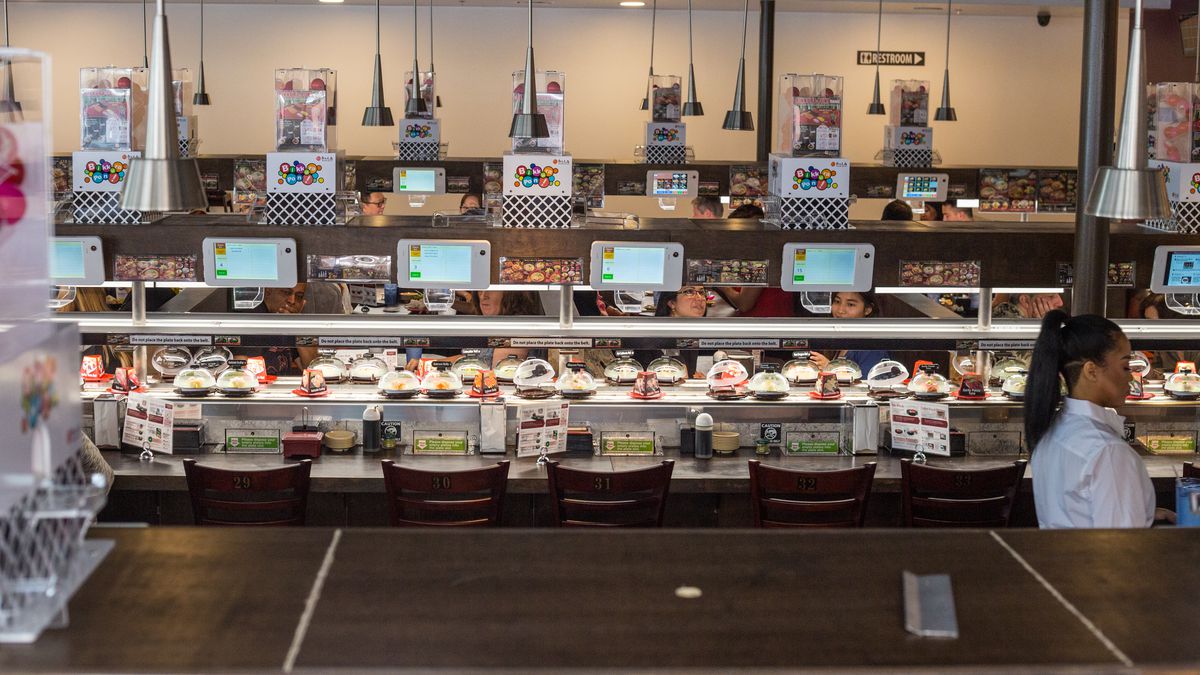 From interactive toilet seats to giant robots, the Japanese have led the way when it comes to mechanical innovation. While revolving sushi bars have long existed since the 1950s, Revolving Sushi Bar Kurasushi took it a giant robot step further. Before we talk about their tech, Revolving Sushi Bar Kurasushi mainly prides itself in their food quality. They do not use major food additives such as chemical seasonings, artificial flavorings, artificial colorings and artificial preservatives and have a strict control of the temperature of their rice to truly preserve its natural flavor.

Now for the cooler part of the restaurant, their sushi bars are equipped with a robot named Mr Fresh which keeps the sushi fresh. When you see a sushi you like, you just need to open Mr Fresh so that you can collect your sushi. Mr Fresh also ensures that the sushi on the revolving belt is fresh and automatically disposes those that have been there for too long. 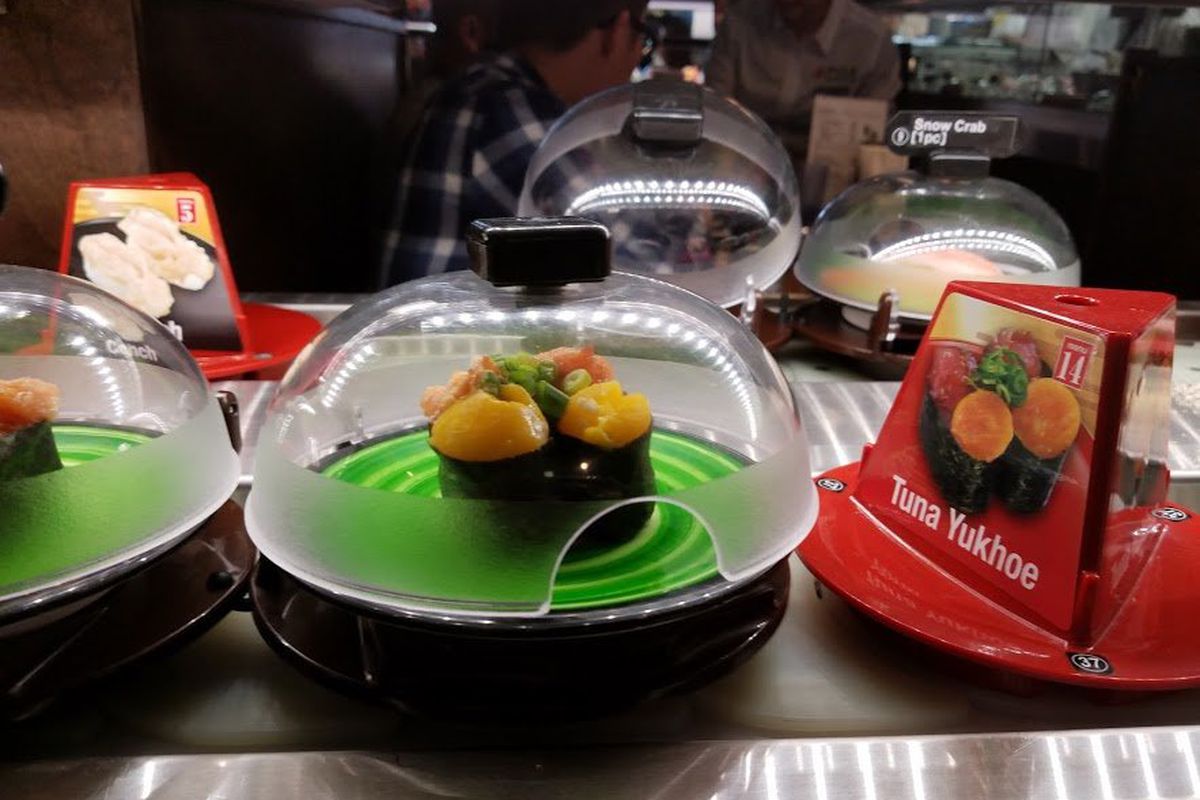 On top of that, whenever you order food that isn’t available on the main conveyer belt through the tablet installed to your table, your meal will be delivered directly to your table by another high-speed conveyer belt. Every table also has a chute for you to insert your empty sushi plates which is directly sent to the kitchen for washing, so you don’t have to keep stacking them. Also, each time you insert five sushi plates, a mini game appears on the tablet screen, which gives you a cute toy if you win!

Revolving Sushi Bar Kurasushi have their franchises across Japan and is now available in the United States and Taiwan too.

The OTG Experience brings forth utmost convenience at major airports in the US. It realises our dream of having everything delivered to wherever we are instead of us going to them. OTG Experience functions by placing iPads all around airports for their users so they can visit the many stores in the airport like the duty-free shops and restaurants without even having to move, and it will be delivered to where they are sitting.

As for the food, OTG Experience partners with renowned chefs and restaurateurs that serves you food that was sent directly from the farm. All their raw ingredients are locally sourced, and its freshness is well preserved. There’s no set style or cuisine that the chefs will prepare as they attempt to bring a large variety to suit the international tongues of their customers. As you dine, you can also easily scan your boarding pass with the iPad and it will provide you with live flight information. OTG Experience has also partnered with many different American airlines, so it’s even possible to pay for your meal or duty-free goods through the loyalty program’s miles. Let’s not forget the assortment of entertainment provided too, such as games and access to internet.

OTG Experience can be found in all major airports in the United States.

Have you tried any of these fancy restaurants? Did we miss any futuristic, highly innovative restaurants in our list? Let us know in the comment section below!